Today John, (my hubby), and I visited the best museum ever!  We have driven by it and never stopped in so we made a point to check it out today and I’m so glad we did.

He told us the history of each plane and the history of Falcon Field; I had no idea.  The hanger is not only filled with the most unbelievable air craft from WWI, WWII, Korean War and Vietnam but also includes so much memorabilia.

The second hanger is filled with planes they are restoring and working on.  Our guide let us in the enclosed area and told us more history of the planes and the training they did at Falcon Field during WWII.  I couldn’t get enough of the stories; fascinating.

There is a bomber they are working on called “Made in the Shade” which we got to get close to.  They had the bomb bay open and inside the doors were signatures of everyone that had a hand in this plane from builders to the crew.  Even one of the many “Rosie the Riveter” visited the museum this year and signed the bay door; so cool. 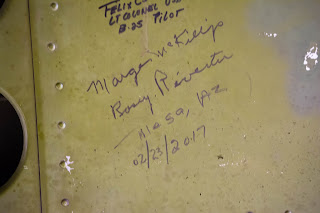 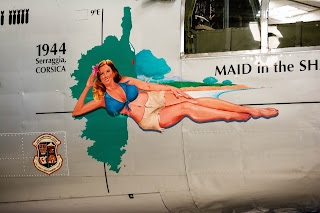 The bomber, Sentimental Journey, landed when we were there and we got to go through the plane. The museum offers rides in this aircraft several times a day; we lucked out and got to see it taxi in.  All I can say, it’s very loud 😊  You enter the aircraft through a ladder that takes you up to the cockpit area.  You had to stay very low when you enter crawling into the next area where you can stand up.  Boy, was it tight in there I don’t know how these young men moved around in these planes; they had a crew of 10 in this bomber.  You next go through a cat walk over the bomb bay to get to where the radio operator was.  In the far back of the plane was the last gunner’s area.  He had his own door into his area.  You had to back out of the plane at the back.  It was so cool to be able to actually go through the aircraft. 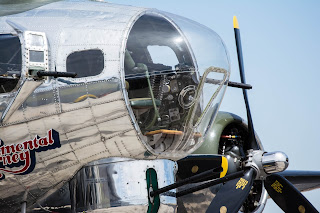 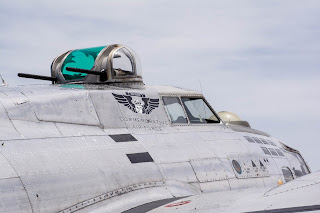 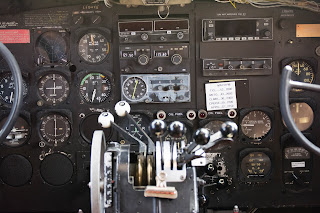 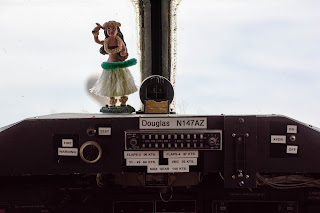 Our guide showed me an electrical outlet where one of the gunner’s station was and told me that they would put on their normal underwear, then a pair of electric underwear, then their uniform and on top of that their flight suits; plug in their underwear to keep warm on their missions.  I can image how cold it was flying in those bombers with no insulation in the crafts.

On the outside of Sentimental Journey is a picture of Betty Gable along with bombs and 2 decals of movie cameras.  Our guide told us that this plane never saw action in WWII.  It made it over to the Pacific but the war ended when it got there.  It should not have had bombs put on it but when it was used in two movies they put the bombs on it.  The bombs represent how many missions and aircraft was on. 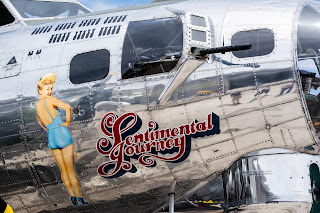 After touring the planes on the tarmac, we went back into the first hanger to finish our tour.  John went along the outside checking out all the memorabilia and headed off to take photos of all the wonderful aircraft.  Of course, I got a little artsy-fartsy with my photos 😊 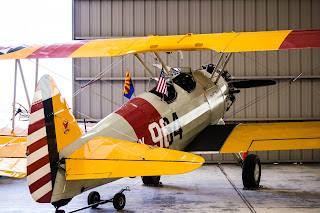 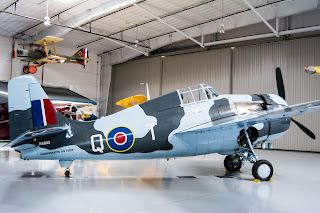 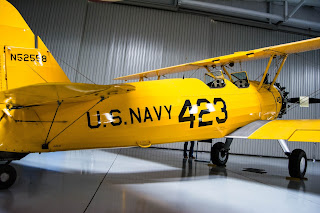 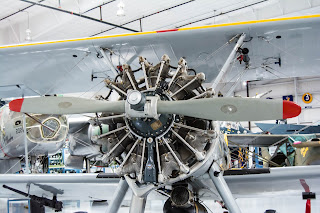 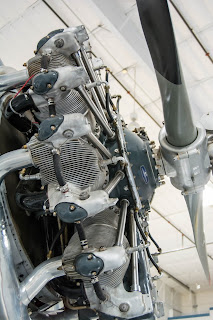 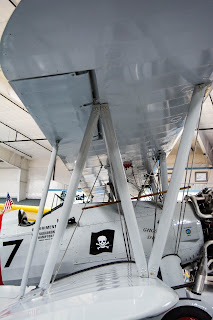 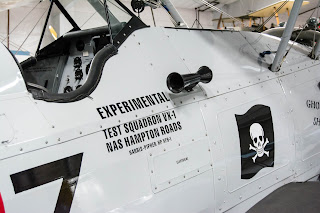 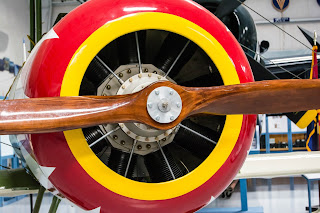 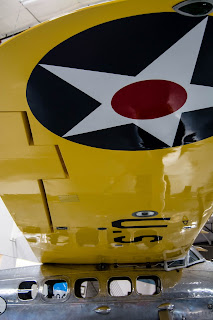 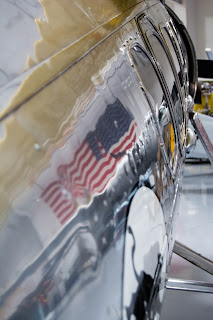 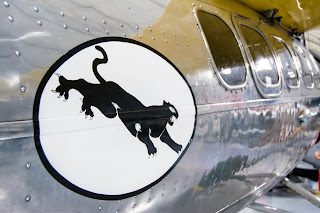 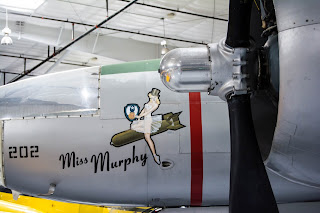 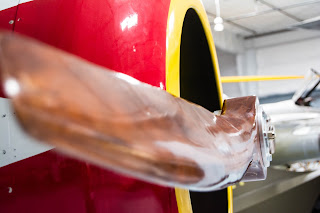 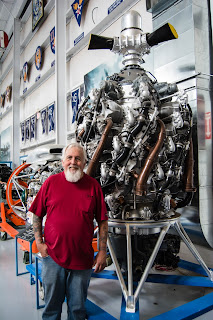 That motor was crazy!

If you have the opportunity check this museum out, it was fantastic!  We spent several hours there and I would definitely go back and check it out again.
Posted by Unknown at 10:47 PM